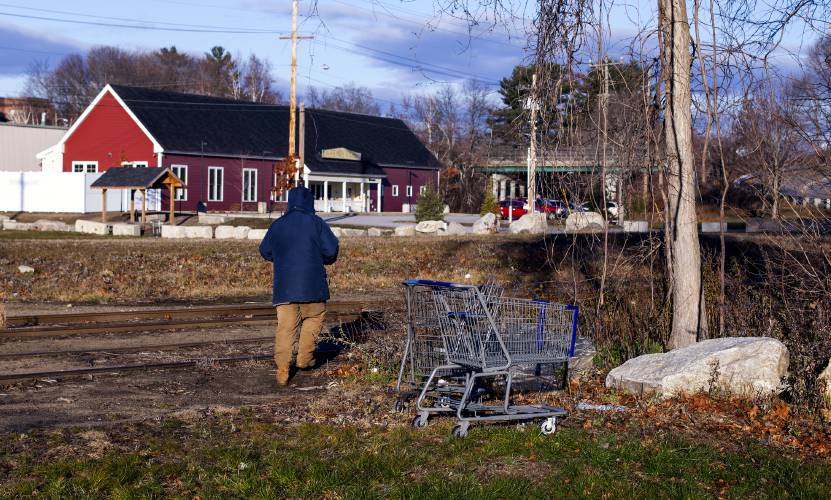 There are many causes for homelessness in New Hampshire, but a new report points out the importance of one cause so obvious it sometimes get overlooked: There isn’t much housing to be found.

“Vacancy rates continue to decrease to alarmingly low levels across New Hampshire, with the state average falling from 2.2 percent in 2015 to 1.4 percent in 2017. A healthy vacancy rate is normally around 5 percent,” said the annual survey of homelessness from the New Hampshire Coalition to End Homelessness.

Further, even if an apartment can be found, the law of supply and demand is making them too expensive for people who are struggling to stay out of homelessness.

“Increasing rents compounded by extremely low vacancy rates make it almost impossible for those with the lowest incomes to secure stable housing,” wrote Cathy Kuhn, the coalition’s director, in the report. “Service providers report an increasing number of families who find themselves without a roof over their heads and, due to a lack of housing and an insufficient number of emergency shelter units, are forced to reside in their cars, in tents or in other unsafe environments.”

The report said the counts of most categories of homeless people had risen since last year, although they are mostly lower than levels in 2015 and, to a large extent, many years before that.

The report comes as the state and city continue efforts to combat homelessness, which spiked during the Great Recession.

Concord will once again be hosting the region’s only winter homeless shelter, at Saint Peter’s Church at 135 N. Main St., although its 40 beds aren’t always enough when truly cold nights lead more homeless people to abandon their tents and other rough-sleeping accommodations. The facility is intended only for residents of the Concord area.

Other notable accomplishments include the announcement by Nashua last spring that no veterans were homeless in that city, following a concerted push to reach that community.

The coalitions’ report emphasized that more than government action was needed.

“Each year we see a growing understanding of the role that all citizens have to play in this work. We see more private landlords collaborating with service providers to effectively house those who face the most significant barriers to stable housing; we see law enforcement partnering with outreach workers to connect those without shelter to the services that can quickly get them housed; we see businesses beginning to understand how homelessness and housing impacts their communities and in some cases, even their own staff and clients,” Kuhn wrote.

Among the conclusions of the report

The number of people experiencing homelessness in New Hampshire saw a slight increase from 2016, but the total – 1,456 people – is still lower than two years ago.

Concerted effort to reduce homelessness among veterans continues to pay off. Between 2015 and 2017, the number of veterans experiencing homelessness declined by 12 percent, to 127 people).